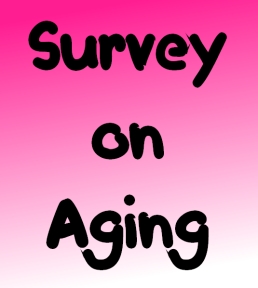 I recently read an article that opened my eyes to a couple of things about aging.  Some research by Home Instead Senior Care® has shown that perceptions by the young are not agreed to by the older.  For instance, 44% of those older than 66 years describe themselves as happy, while only 29% of those 18 to 30 do.   So indeed, it would seem that happiness is not actually for the young.

As far as losing your physical appearance as being what they fear the most, memory loss is the top fear of 82% of American adults as opposed to 11% who cite beauty concerns.

Perhaps one of the biggest surprises concerned loneliness.  37% said that loneliness was a major issue for older Americans, while only 5% of seniors say it’s a serious problem.

Roger Baumgart, CEO of Home Instead, Inc.  “There needs to be a more realistic perception about aging as the older population rises from 800 million to 2 billion people over the next 30 years.”

Read more about this study HERE.

I have been a death care industry professional for 10 years now. The burial process is a confusing one largely due to a lack of education. I am here to help. I have been helping families make informed decisions and help them to insure they can get what they want. So visit often and receive important information about saving your loved ones money and anxiety over the decisions that need to be made at the time of your death.

The topics will not always be about death. We will have some fun along the way.

I am available to speak on a variety of topics regarding burial planning and the cemetery business in general. Drop me an email at bill@billwelker.com for more information.

Check your email and confirm the subscription